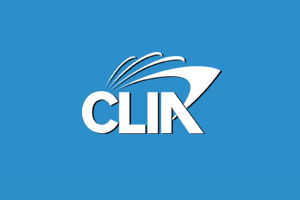 Clia UK & Ireland is expecting a big turnout of agents for its River Cruise Convention in Amsterdam as more Britons than ever take a holiday on Europe’s waterways.

Agents will have the chance to see seven river vessels and learn more about an industry that has grown significantly in recent years.

Travel Weekly is the media partner for the convention, which will aim to help agents tap into a sector that looks likely to continue growing.

This year, numerous river vessels have launched, including 18 ships by Viking River Cruises in one day.

In November, 300 delegates are expected to travel to Amsterdam for Clia’s River Cruise Convention. On November 16, delegates will spend the day networking and in conference sessions, learning selling tips and more from key representatives of river cruise lines.

In the evening, delegates will dine and stay on one of three vessels. The second day is dedicated to ship visits.

“It’s great that agents are excited to be either learning more about the sector or starting from scratch and learning about it because they’re keen to get more involved in selling river cruises.

“It’s exciting to have a new ship, Emerald Waterways’ Emerald Sky, and a river barge for the first time with European Waterways’ Panache joining us – a unique insight into barging holidays.”

Scenic Tours will be attending the River Cruise Convention for the first time. It operates Emerald Waterways and recently joined Clia, having revealed a desire to start working with the trade.

“This is a great chance to see a lot of ships in one day and a great opportunity for those keen to grow their river cruise business. We’re delighted to attract agents from member countries around the world and this year an agent from Australia will be joining us,” said Harmer. “There is no event like this where you can see so many river ships, while hearing selling tips and learning about the industry.”

New resources such as fact sheets on river cruising and destinations will be unveiled at the convention. Tickets to the convention cost £50. To find out more, call 020 7346 2449 or visit cruiseexperts.org