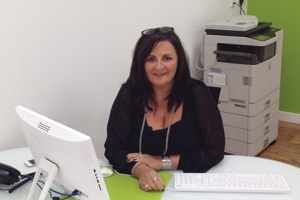 After 26 years in the travel industry, Joanne Dooey has taken the plunge to go it alone.

But while most new owners would be anxious prior to opening their first travel agency, Joanne is remarkably calm and collected.

That’s probably because she already has 45 enquiries to work on ahead of the shop’s official opening on September 6 and a team of three with enviable high-street sales and management experience.

The enquiries were generated from Joanne’s decision to post details of her plans on her personal Facebook page. And when she asked if anyone wanted a “dream job” working at Love To Travel she received 35 applications in two days.

She says: “I am confident because of the people I’ve brought in. There’s no one with less than 19 years’ travel experience. I have people I can trust and empower.”

She adds: “I used to run 42 shops for Thomas Cook in Scotland and I only had a handful that didn’t make money because people were not motivated.”

On top of that, Joanne herself has years of experience, including 17 as a regional manager looking after up to 53 shop locations.

One of the main reasons for setting up on her own was the chance to become her own boss. “This is something I have wanted to do for years. People still want good service and want to be looked after,” she says.

Her partner Jimmy Martin, the president of the Scottish Passenger Agents’Association (SPAA) and an Advantage board member, has also been on hand to give her advice on setting up an Advantage managed service branch, while her family have helped support her financially.

Joanne, who also sits on the board of the SPAA, says: “I’ve been working seven days a week for thelast three months but everyone has been so supportive.”

Staff have already been on training sessions with operators such as Travel 2 and are raring to go.

Sports commentators Peter Martin and Alan Rough are due to attend the official opening in September.

As well as long-haul and cruise,the agency plans to specialise in the family market and to offer a honeymoon gift service. And if this one is successful, Joanne plans to open another branch in a year’s time. Watch this space.