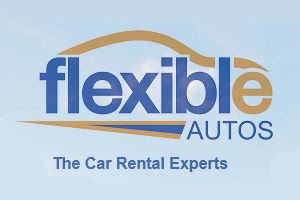 The firm said the move was in recognition of its continued international expansion across Europe and the Middle East.

The company, which is based in Ware & Bury, has also announced changes in its senior management team.

Manser was previously director of dupply at Holiday Autos where he worked for 17 years.

Recent additional appointments have been made to the sales team with Chantal Tomlinson and Andrea Elwell also joining from Holiday Autos.

With offices now operating in France, Spain, Portugal, Italy and Belgium Flexible Autos has recently opened its newest location in Dubai serving the Middle-East and Asia and has plans to expand into the Nordic Regions in 2015.

Dixon said: “Flexible Car Hire has been an established brand here in the UK since 2007 but as we have expanded we have recognised that the name does not easily translate in many of our European trading locations.

“That’s why we took the decision to switch to the more easily recognisable name of Flexible Autos.

“Our research suggested that the new name will be easier to remember and we believe that this change of name to a more recognisable worldwide brand will further cement our position as the UK’s No 1 car rental supplier to the travel trade”.

Dixon added that Flexible Autos is committed to the trade and will stay agent friendly/“We have spent a considerable amount of time talking to agents to understand exactly what they expect from us and, more importantly, what they need to help them to close the sale.

“In addition to changing our name, we have responded to their feedback with a new Freephone reservation number – 0800 2545101, a website with a fresh new look that is now even quicker and easier to navigate and we have also invested in more agency staff support with the introduction of a new Flexible Autos training portal which will ‘go live’ in September”.

“Flexible Autos has always been trade only and one of our key values is that we will not compete against them by selling direct. That commitment, combined with our excellent commission rates and our highly regarded trade sales team, will see increased sales from a wider spectrum of agents who are becoming more familiar and confident in the selling of car hire to their customers”.