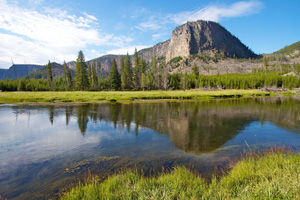 A Dutch tourist has been fined for crashing a drone into a hot spring in Yellowstone National Park.

Theodorus Van Vliet was ordered to pay more than $3,000 for flying the unmanned aerial vehicle into the Grand Prismatic Spring in August.

Van Vliet pleaded guilty last week to illegally operating the drone, which has yet to be located by authorities, the BBC reported.

He is the second person found guilty this year of violating the US National Park Service’s strict no-drone policy.

A 37-year-old man from Germany pleaded guilty last week to crashing a drone in Yellowstone Lake. He was fined $1,600.

A third drone case, said to involve a man from Oregon, is also pending.

The ban was said to be initiated after park visitors submitted noise and nuisance complaints regarding the drones, and raised human and wildlife safety concerns.

The Grand Prismatic Spring in Wyoming is the largest hot spring in the US.