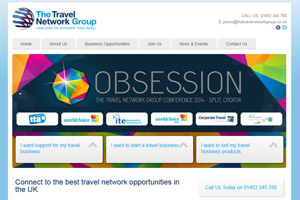 The future for agents is positive and the package holiday is “far from dead” – that was the message from an industry debate at The Travel Network Group conference.

Martin Andrew, group commercial director at TTNG, said: “The biggest trend is the return of the travel agent. People understand the value of a travel agency.”

He highlighted growth in the package market, and said nine million people took a package holiday in 2014.

“The package holiday not dead; it is growing and dominates the market despite the emphasis on dynamic packaging,” he said.

Overall, the market for this season is forecast to be down by 2%, because the economic recovery is slow, the UK summer was warm, and there were major sporting events.

Clouds on the horizon include 2015’s General Election, problems with airport capacity and political unrest.

But there are positives, said Andrew, noting that bookings for next summer are already up 9%, the economy is recovering, families are booking early again, and all-inclusives are popular.

The panel of experts agreed prospects for agents appeared bright.

Steve Barrass, managing director of Gold Medal Travel Group, told delegates: “People will come back to travel agents, as you give great service.

“It is no surprise that people are returning to travel agents – it is because of the ‘choice explosion’.”

He said the long-haul market, in which Gold Medal specialises, is predicted to grow by 4-5% over coming years, and offers agents the chance to generate cash flow over winter.

There are 1.7 million cruisers in the market, so there is potential to win over millions of new customers – and a quarter want to talk to agents when they make their cruise booking.

He also said the contribution of travel agents to Travelport’s business had helped the technology firm’s recent, successful flotation on the New York Stock Exchange.

“The share offer was oversubscribed, and the success is a vindication of the agency distribution marketplace,” he said.