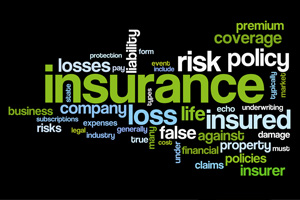 Since the 2012 Flight-Plus Atol reform, travel agents putting together packages have needed to protect themselves through insurance in the event of the collapse of a supplier.

But with most insurers shying away from exposing themselves to what is seen as a risky area, demand for such cover has not been met by increased supply.

So news that one of just two suppliers in this market, Nevis-registered Northern and Western Insurance Company (NWIC), has had its licence suspended in August due to a failed London property development, was serious.

However, two more suppliers – Commodore Insurance Company, also Nevis-registered, and New Zealand-based CBL Insurance – have stepped in to plug the gap, and the trade has been left weighing up the relative merits of these two overseas newcomers.

Hays Travel and The Travel Network Group, parent of Worldchoice and TTA, agreed to switch to Commodore, while Rock Insurance and Advantage Financial Services have gone with CBL, via a UK joint management team MGA Cover Services.

As agents assess these new entrants the same concerns about their financial robustness, and therefore likelihood that claims will be paid, that were originally raised about NWIC have surfaced.

But over the last three-and-a-half years NWIC was said to have proved itself as a reliable insurer, paying claims on time and adapting their policies to suit the specific requirements of the travel industry.

However, for some observers the NWIC suspension comes at an interesting time for travel which ought to focus agents’ minds on making sure that the cover they have in place does not just satisfy the regulators but ensures they are not left exposed.

Should the worst happen and a major airline fail agents selling Flight-Plus will be legally bound to pay for replacement flights or reimburse the cost of the lost holiday out of their own cash flow.

This would be potentially ruinous for most small agents, especially if they can’t necessarily rely on their Suppler Failure Insurance provider paying out and they have to reimburse customers before any other form of cover like credit card recharges can be called on.

Steve Endacott, an investor in Rock Insurance, fears paucity of supply in this area allied with a lack of due diligence being done on insurance providers could leave agents at risk.

“The Flight-Plus Atol regulations effectively formed a ‘human shield’, of travel agents in front of the Atol scheme, to protect it from another major airline collapse after the pain it took from the XL Airways failure.

“If the unthinkable happened, the regulations clearly state that the Flight-Plus Atol holder must replace the flight element of the package they have sold at their own expense or allow the customers to cancel the whole holiday and receive a full refund.

“I personally think that the biggest issue facing retailers in the event of a major airline’s collapse is the cash flow hit. The CAA under Flight-Plus rules has placed them literally between a rock and a hard place.”

According to industry insiders there are still unpaid claims dating back to when Amtrust, the US-based giant, was providing cover to the UK trade.

Since Amtrust exited the sector the industry saw NWIC come in and immediately face a storm of controversy due, like Commodore, to it being registered in Nevis and outside the scope of UK regulation.

And last year Spanish insurer Mapfre was welcomed into the industry as a credible ‘blue chip’ alternative, but it pulled out just 18 months later having undertaken a review.

So travel firms continue to be faced with little choice and the concern that too much of the sector’s risk is concentrated with a small number of companies rather than mitigated by being spread around.

However, Philip Radley, director of Guarantees and Bonds, the UK agent for NWIC who introduced Commodore into the market, said hopes an improving UK economy and trading in travel would bring in more suppliers looks forlorn.

“There’s very little choice. The CAA decided to make this an essential part of the industry at completely the wrong time.  Financial services are all risk averse now and it’s been like this for five or six years. Is it going to continue? Yes I think it will,” he said.

Radley explained the difficulty the insurance world has with supplier failure cover:  “It’s effectively a financial guarantee. That’s the biggest problem. Because you are guaranteeing a holiday you don’t have any physical good.  The UK just does not like financial guarantees.”

And David Sharp, director of financial services at Advantage Travel Centres, explained the difficult position this puts agents in: “There’s hardly anyone operating in this particular area.

“NWIC wouldn’t have been your first choice but many of us in the market had not much choice. CBL have recently come into market in July with very little fanfare. There’s nothing to say that NWIC won’t come back, but at least there is a bit more choice now.”

And Antony Martin, managing director of broker Rock Insurance, said: “There are more choices in the market than there have been in the past and I expect to see more suppliers come in.

“There does need to be more capacity. For agents the first call is on them in the event of a failure and they need this sort of cover in place. If you are going to insist agents provide this level of protection there should be plenty of products in the market.”

Gary Lewis, managing director of The Travel Network Group, said a number of factors were looked at before he accepted Commodore taking on NWIC policies some of his members not operating under the TTA trust scheme require.

Regulation, an official industry risk rating and the firm’s finances were important and he said there was a value in having travel firms place their business with a range of insurers and the reinsurers that sit behind them so risk is spread.

Lewis said he had been reassured that Commodore has secured the required level of reinsurance to cope with a major failure (understood to be valued at £11 million with more being sought).

“What we look at is the relationships we have, the funding they have in the background and reputation they have in other markets. Do they stay in markets or dip and dip out?” Lewis said.

“Also, we look at where other travel firms have gone; whether or not the whole industry is in one place because that’s not healthy. However, the options are limited. It’s good there are other players now in the market because effectively we were all with NWIC before.”