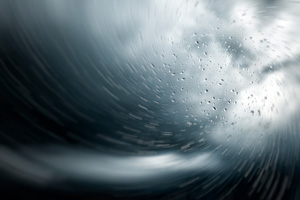 At least two people have been killed and others injured as tornadoes, high winds, lightning, hail and heavy rain left a trail of destruction from Texas to Alabama.

A tornado that touched down about 150 miles southwest of Little Rock in Arkansas killed a man and injured his wife when their home was destroyed.

Louisiana governor, Bobby Jindal, declared a state of emergency as thousands were left without power.

Two tornadoes also hit Missouri, toppling trees and causing some roof damage, according to the US National Weather Service.

A tree crushed a mobile home just north of Birmingham, Alabama, killing a 75-year-old woman and injuring her husband.

The extreme weather was expected to continue yesterday, with an estimated 36 million people in its path, the BBC reported.