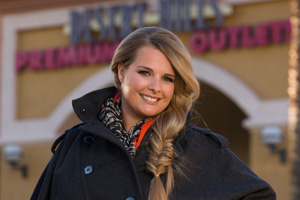 As soon as Hollie Brown was upgraded to an upperclass seat on Virgin Atlantic, she knew the Cover Stars experience was going to be one of the most memorable trips she had ever experienced.

“I actually cried because I thought I’m never going to experience this again unless I pay for it,” admits Hollie, travel consultant for Affinion International Travel. She was so excited she took photos of every moment of the upper-class flight – from the Häagen-Dazs ice cream to the flatbed and afternoon tea.

“I did try out the bed, but I didn’t sleep because I was so excited and wanted to watch films. I was taking pictures of everything – people were probably wondering what I was doing,” she jokes.

Hollie had high expectations of her first trip to California, but she had not imagined that it would be quite so diverse and impressive, even with the encouragement of the tourist board’s marketing slogan to “dream big”. “I knew it would be good but not that amazing,” she admits.

Her favourite place was Huntington Beach, not only because she tried out activities she would never have dreamt of before, but also because she witnessed the Californian surfer’s way of life.

“We went to Duke’s restaurant for a meal overlooking the pier and an American breakfast at the Sugar Shack Cafe on the main strip, where all the surfer ‘dudes’ go before they head to the beach. It was the place to see it for real,” she recalls.

“The vibe in Huntington Beach was amazing – there were even vending machines selling flip-flops!”

Trying to surf and paddleboard was such fun, Hollie wouldn’t hesitate to try them again.

“It wouldn’t normally be my thing but I’d definitely like to try again. We were all wowed by it,” she says.

Other highlights for Hollie were the trip to the San Andreas Fault and the ride on Santa Monica Pier’s Ferris wheel.

And one thing is for sure, California’s not seen the last of Hollie. “I definitely want to go back,” she says.