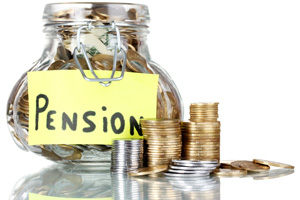 Travel companies can expect to be major beneficiaries of next year’s radical pension reforms, according to the results of a poll out today.

More than 200,000 people plan to cash in all their retirement savings next year, with one in five using part of the windfall to fund a holiday.

Research by Ipsos Mori published in the Times suggests that 12% of those eligible are planning to cash in their entire pension pot next year.

Those aged over 55 can dip into their pension pots without paying punitive tax rates from April following chancellor George Osborne scrapping budget rules that effectively forced pension savers to buy an annuity, restricting them to a guaranteed income on retirement.

He confirmed earlier this month that the reforms would allow people to withdraw as little or as much as they wished.

Of those planning to withdraw their pension pots, 21% say they will spend at least some of it on holidays, while 8% will spend some on cars, 12% on DIY and 14% want to help their children.

This flood of savings withdrawals would hand the Treasury a windfall of up to £1.6 billion in tax, according to calculations by Hargreaves Lansdown, which commissioned the poll.

Tom McPhail, head of pensions research at the financial service company, said it showed that people were significantly underestimating the amount of tax they would pay despite the reforms.

Twenty-five per cent of each lump sum withdrawn will be tax-free, with the remaining 75% taxed at the marginal rate.

“Whilst we support the basic principles behind the government’s reforms, the speed and complexity of these changes mean that a lot of investors are going to be paying unnecessarily large amounts of tax to the government.

“The chancellor has effectively engineered a tax windfall for the government from unsuspecting pension investors,” McPhail told the newspaper.

A spokesman for Osborne said: “The chancellor confirmed last week that free and impartial expert guidance will be provided, face-to-face, by the Citizens Advice Bureau.”