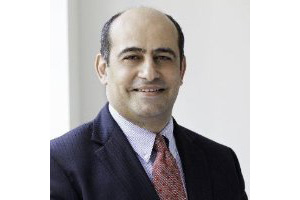 Travellers between the ages of 18 – 34 will make up 76% of room nights in Marriott hotels in six years time, according to a senior executive at the global hotel chain.

Osama Hirzalla (pictured), the company’s vice president of brand marketing, said “alarm bells” were ringing across the organisation as efforts are being made to prepare for the future.

“We have 38,000 properties and a number of established brands around the world. In order to be able to turn everything around we will need time,” he said.

“This generation of traveller will be worth a trillion dollars of business globally.”

Hirzalla said the industry had to understand that young travellers are “tech dependant” as opposed to “tech savvy”.

He said many companies, including Marriott, had arrived at a strategic inflection point, similar to those faced in the past by Kodak and Blackberry.

“Kodak and Blackberry failed to answer important questions at important time (digital photography and competition from Apple). We have to look at trends and preferences and monitor them on a continuous basis,” he said.

The marketing guru told the audience that Marriott research had found that nine out 10 young business travellers did not unpack suitcases in hotels if on a short stay.

“Does that mean we should do away with cupboards?” he asked the audience.

While some thought Hizalla was joking, he was making a serious point. He said a trial in Milan that involved the installation of hooks instead of cupboards had been a success.