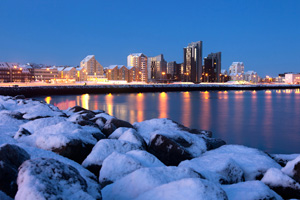 A year-on-year increase of 34% in UK visitor numbers to Iceland for the period January to September means that the UK has outstripped the US as Iceland’s largest inbound market.

Over 127,000 Brits visited Iceland in that period, and growth looks to be sustained into next year with an increase in flight capacity.

EasyJet’s new direct service to Reykjavik started from Gatwick on October 28 and a Belfast flight launches in December. Flybe started flying from Birmingham in June, and Icelandair will commence flights from the airport in February. From next summer Wow Air will fly three times a week from Dublin.

New hotels are helping to increase Iceland’s room stock, including the 45 room Apotek which opened in Reykjavik in October, and two new hotels are slated for the Hlemmur Square area of the city for 2015 and 2016.

However, accommodation is still short in Reykjavik during peak times, and so Promote Iceland’s strategy is to encourage tourism outside peak season, and to drive tourists to lesser visited areas.

“We’re trying to even out the seasonal fluctuation,” said Promote Iceland project manager, tourism and creative industries, Ragnheidur Sylvia Kjartansdottir. “We’ve had the best September we’ve ever seen. Activities such as whale watching and diving are available year round.”

Promote Iceland is running a trade workshop in London on January 29, in conjunction with partners from Estonia, Finland and Greenland. Agents who wish to attend can find more details on the visiticeland.com website.