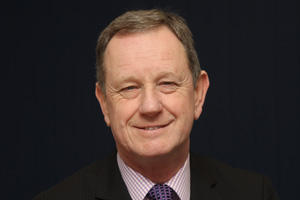 Paul Markland is to step down from his position as managing director of BP Travel Marketing Services on December 23 after 42 years with the company.

Markland joined at the company’s inception in 1972 and has had various customer service, sales and operational roles before becoming general manager, then managing director in 1989.

During his time at the company, Markland has overseen the development of a broad range of trade and consumer marketing services.

In 2001 he masterminded the formation of BP’s parent, Orbital Marketing Services Group, and took on a second role as its managing director.

He has directed Orbital’s diversification into a multi-sector, multi-skilled group of companies, employing over 500 people across nine sites and ten businesses including Take One Media, market leader in its domestic tourism niche.

“By my reckoning we’ve distributed well over three billion brochures and mailshots in my time that have influenced the holiday and travel arrangements of hundreds of millions of people.

“I’ve got a great team at BP and Orbital and I’ll be sad to leave them and company behind at the end of December, but it is time to enjoy some less-pressured days and new challenges whilst I still can!”