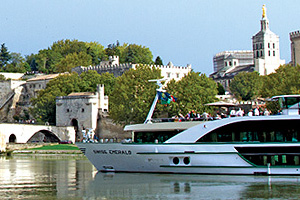 River cruise operator Tauck has warned it will stop working with agents who promote discounted prices amid fears that ocean cruise-style discounting could surface in the sector.

The US line recently told agents in America that it wouldn’t work with those who discount sailings, and now Tauck’s new UK team is pushing a similar message here.

Ray Steward, who runs Tauck’s UK office, said agents who repeatedly discounted wouldn’t be supported. He said that while the company couldn’t stop agents from discounting, it could stop supporting those that did so.

His views echo those of new Uniworld boss Kathryn Beadle who, speaking at the Clia River Cruise Convention, warned the sector not to devalue the product.

Steward called on agents to back its anti-discounting stance by reporting other agents offering reduced fares, adding: “We’re relying on agent partners to help police this and flag it up to us if they see others discount.”

Steward said: “We have told agent partners that if we find them promoting discounted fares we won’t be working with them.

“Initially they will get a warning and we’ll work with them to show why our product is worth its full price.

“If we find them doing it again for a second time we will take them off selling for a short time; and if they do it for a third time we will not let them sell our product for a year and we won’t support them with marketing funds.

“We want to do the right thing, and the 75 agents we hosted on the Tauck Academy fam trip earlier this month were really positive about this.

“We haven’t had to give a warning yet, but part of that is because we are targeting key partners who we believe we can work well with.”

“It’s all about respecting the product because a customer looking for Tauck isn’t the kind of customer who cares about saving £200 due to discounting,” he said. “It’s an expensive product and it shouldn’t be devalued.”