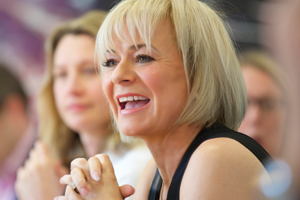 At least two retailers, as well as companies in the financial, leisure and public sectors are reported to have made approaches to take on former Thomas Cook chief executive Harriet Green.

Her surprise departure from the travel group she was responsible for turning around from the brink of collapse was hastened by a series of approaches from other companies keen to employ her, according to the Times.

The approaches to Green accelerated the timing of her departure, the newspaper reported, also suggesting a possible breakdown in relations between her and Cook chairman Frank Meysman.

Some sources claim that Meysman engineered her early departure by persuading his fellow non-executive directors that the “cult of Harriet” was out of control, the Times reported.

Green acquired almost legendary status to investors as the shares, trading at 14p when she took the helm in July 2012, soared more than tenfold, boosting the company’s market value to almost £2 billion.

In her resignation statement she said: “I always said that I would move on to another company with fresh challenges once my work was complete. That time is now.”