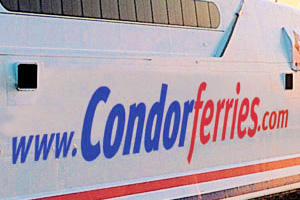 A new Condor ferry to serve the Channel Islands has started a four-week journey from the Philippines to the UK.

The Condor 102 fast craft is heading for Southampton for its final fitting out before entering service next March.

The vessel, which set sail last Thursday, is making a 10,500-nautical-mile journey from Austal’s shipyard in Balamban, Cebu, across the Indian Ocean, through the Suez Canal and the Mediterranean.

It was built at Austal in Freemantle, Australia, and will be finished by Southampton marine interior fitter Trimline.

It will mean the end of ferry services from Weymouth, which cannot accommodate the larger ship, as Condor Ferries moves its operations to Poole.

Condor operations director Captain Fran Collins told the BBC: “Our teams have worked tirelessly, both to prepare the ship for service and her journey back, and so our thanks go to everyone who has played a part in the project so far.

“Our crew now have several weeks at sea bringing her home, and we all wish them bon voyage.”

Condor announced earlier this year it would be buying a bigger ferry, which could not be accommodated at Weymouth without a further £10 million of works to the quayside.

Weymouth is now considering how to cope with the loss of the £750,000 annual income earned from the port.

The Harbour Management Board is discussing whether to dispose of the quayside buildings associated with ferry services, focusing instead on marine businesses to boost income, the BBC reported.