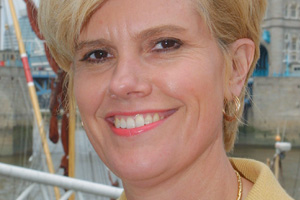 The Cruise Excellence Awards 2014 was held onboard Fred Olsen Cruise Line’s Black Watch and during the event the new chair of Clia was named as Lynn Narraway, UK managing director of Holland America Line and Seabourn. She takes the helm from Celebrity Cruises’ Jo Rzymowska who has served as chair for the past four years.

The Rising Star award was a new award for 2014 and was presented to Cruise Nation for its “ability to innovate and adapt to the changing scene within the cruise market”.

The Cruise Village picked up the gong for the Innovation in Cruise award.

Homeworker of the year went to Martin Hay of GoCruise.

Iglu won the online cruise agency if the year, for utilising all aspects of commerce and ensuring staff were continually trained and updated on the industry.

High street cruise agency of the year went to Trailfinders despite cruise being a relatively small share of the overall business.

Clia UK & Ireland director Andy Harmer said: ‘I’m delighted we have been able to recognise some truly outstanding people and companies who have gone over and above expectations in promoting and selling cruise holidays.”