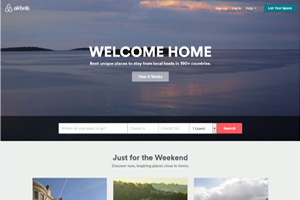 Airbnb has agreed to collect Amsterdam’s tourist tax from customers of its apartment rental website.

The move came after hotels, which already collect the tax on the city’s behalf, complained of an unfair advantage.

It is the first such deal in Europe and follows similar agreements struck by Airbnb in the US, where the company is based.

An Amsterdam city spokeswoman said she expected the income collected to total millions of euros, The Guardian reported.

Until now, paying the tourist tax has been the responsibility of the people letting flats or rooms via Airbnb and similar sites, who were often not aware of the rules.

Earlier this year, the city approached Airbnb looking for a more reliable way of collecting the tax.

“The tax agreement ensures that the rules apply equally and fairly to everyone,” said Udo Kock, the city alderman with responsibility for finance.

Airbnb offers more than 1,000 rental options in the Dutch city, according to its website.

It will start collecting a 5% tax on the price of each night spent in rented rooms in the city from February.

Airbnb co-founder Nathan Blecharczyk said: “We are glad Amsterdam has enacted progressive rules that allow people to share their homes with respectful guests.”