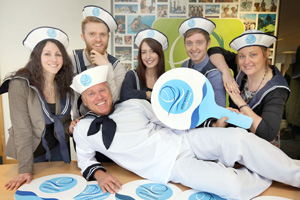 Attraction World has dropped its cruise excursion programme, blaming a “lack of support” from the trade.

The attraction tickets specialist took the programme off sale on Tuesday and its call centre is currently contacting travel agents to cancel a “few hundred” bookings made for the summer 2015 season.

Group sales and marketing director Tony Seaman said the move was “disappointing” but said no jobs had been affected. The company stopped promoting the product heavily in December and bookings were averaging between none and two a day, added Seaman.

The programme, which only made up 0.3% of 2014’s overall revenue, was launched in April last year after feedback that there was demand by travel agents for cheaper, commissionable cruise excursions.

Initially it offered the Mediterranean but it was relaunched in September with a broader programme including the Caribbean.

Seaman said: “The volumes are not massive. If they were we would not be closing it. It’s only through lack of support and we didn’t want to run the business at a loss or annoy people [by cancelling at a later date]. We tested it and it didn’t work; there wasn’t the appetite for it. There is a point where you have to say this isn’t going to work.”

Seaman said a number of factors could be to blame for the lack of support through the trade, including the decision by some cruiselines to start paying agents commission for selling their own excursions and the fact cruise excursions tended to be “at the bottom of the food chain”.

He also added that the fact excursions were cancelled if they did not attract a minimum number of passengers had not helped the reputation of the sector.

“It is very disappointing for us, but it is one of those things. If it had worked it would have been another string to our bow. It’s not down to anything we’ve done, it’s a timing and confidence issue. It was a tiny part of our overall business,” added Seaman.

In an unconnected move, seven staff took voluntary redundancy at Attraction World in December last year after a reorganisation due to a drop-off in sales from Thomson agents following the creation of an in-house ticketing operation.