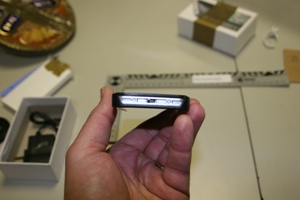 Holidaymakers have been warned that they risk imprisonment for bringing novelty souvenirs incorporating stun guns into the UK.

Stun guns disguised as torches or mobile phones are being sold as cheap souvenirs in countries including Thailand, according to the Crown Prosecution Service, which has warned travellers that possession of such objects constitutes an offence under the Firearms Act.

Baljit Ubhey, chief crown prosecutor for CPS London, said: “What can seem like a silly novelty object can result in a criminal conviction and even imprisonment and I would urge all holidaymakers to make sure they know what they are buying when shopping for souvenirs abroad.”

She added: “Many people will not be aware that that possession of a disguised firearm attracts a mandatory minimum sentence of five years imprisonment, unless the judge finds there are exceptional circumstances. This means that it is up to the defendant to persuade the judge that the circumstances in their case are truly exceptional.

“However, having possession of the illegal item is enough to be found guilty and even those that escape a prison sentence will still have a criminal record.”

The CPS issued its warning after comments made by Judge Edmunds QC during the sentencing hearing of Terry Brannan at Isleworth Crown Court.

Brannan was sentenced to five years imprisonment for bringing in a number of stun guns disguised as mobile phones as well as other prohibited items purchased during a holiday in Thailand.

Judge Edmunds said at the hearing that the court was “increasingly concerned at the number of people who have been detained bringing home illegal weapons as unwise holiday souvenirs”.

Other cases heard in 2014 include a 15-year-old who was given a non-custodial sentence for possession of a disguised stun gun, and a man who man was imprisoned for nine months after claiming to have bought a disguised stun gun for a friend, not realising it was a firearm.