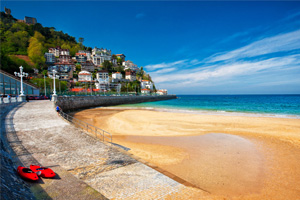 Wholesaler JacTravel saw prices drop by an average of around 10% from 2012 to 2013 and in 2014 they stayed low across cities and different star ratings.

Company chief executive Terry Williamson said: “We are currently more optimistic about Spain than we have been for some time.

“Clearly, aggressive competition has made the Spanish hotel market more competitive and, coupled with the decline in the value of the euro, it is better value still, so this is an excellent moment to visit Spain.”

Rita Buffa, JacTravel’s senior contract manager in Madrid, said: “The price collapse in 2013-14 was the most drastic I’ve seen. Hotels not only suffered the lowest occupancy in history but lower rates have forced severe cost cutting and even closures.

“The good news is that clients are starting to come back – 2014 has seen an increase in the numbers booking but they are doing so at lower prices.”

Senior contract manager for Barcelona, Mabel Ariu, said: “By comparison with Madrid, Barcelona had been more resilient. It did not suffer such heavy declines in 2013 and at times in 2014 room rates were close to the previous year.

“As a destination, it is growing, thanks to new air links to the Middle East with Emirates and increased traffic from Latin America due to a tie up between TAM and Iberia.

“However, the increase in demand has not pushed up hotel prices because of a strong increase in supply, which has caused downward pressure on room rates. At the end of an eight year period from 2008-2016, Barcelona will have seen the opening of 80 new hotels and 2,300 apartments.”

She added: “Now is a great time to come to Barcelona. It is Europe’s number one cruise destination, it has great air links, it has fantastic culture, a vibrant city centre and the beach.

“It has also marketed itself compellingly abroad as a conference and short-break destination, offering more aggressive promotions than ever.”

JacTravel has grown its number of bookings in Madrid and Barcelona collectively by 48% in 2014 and by 52% at the start of 2015, compared to the same period last year.