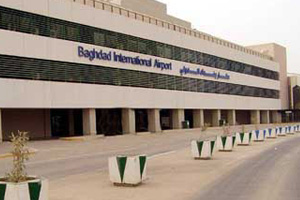 Airlines have suspended flights to Baghdad after a FlyDubai aircraft was struck by gunfire on its approach to the Iraqi capital’s international airport.

No injuries were reported as the Boeing 737 with 154 passengers came under fire in a suspected Islamic State attack.

Local aviation and security officials said three or four shots, which appeared to be sniper fire, had been discharged from Radwaniya, south of the airport.

Some carriers have suspended flights to the airport until further notice, the Foreign and Commonwealth Office said in an updated travel advisory.

“If you’re planning to travel to Baghdad, check with your airline or travel company to confirm your itinerary,” the FCO said.

“The security situation throughout Iraq remains uncertain, and could deteriorate quickly. You should monitor media reporting and make sure you have robust contingency plans in place.”

FlyDubai sent a replacement aircraft to Iraq to carry passengers back to Dubai and suspended flights to Baghdad.

Etihad Airways said it would suspend flights to the Iraqi capital while Emirates, Air Arabia and Turkish Airlines also cancelled flights to Baghdad.

Emirates and Air Arabia said they would continue flying to Erbil in Iraq’s Kurdistan region and Basra in the south of the country.