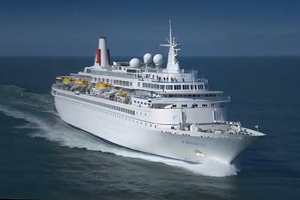 Fred Olsen Cruise Lines has been forced to cut short an 18-night cruise following an engine room fire on the ship Boudicca.

The 880-passenger ship is to undergo repairs after diverting to Tenerife but the line expects its next cruise from Southampton on February 7 to go ahead as planned.

A team of engineers and technicians joined Boudicca in Tenerife, and have been investigating the extent to which the two main engines and electrical cables have been affected, according to the company.

“Their expert assessment is that Boudicca should stay longer in Tenerife, in order for the ship to undertake all the work required,” the line said.

“As a definitive timeline is not able to be provided for the repairs, Fred Olsen made the difficult decision to fly guests back to Southampton and Bournemouth, at its own expense, and they arrived back in the UK on the evening of Thursday, January 29, supported by teams of Fred Olsen staff at the airports.”

Alternative arrangements are being made for those who are unable to fly home, the company added.

The ship ran into trouble on Sunday when it was left adrift without power for several hours off Morocco.

Affected passengers are being offered a full refund and a 50% discount off a future cruise from the line’s 2015/16 programme for the “inconvenience and disruption” caused.

Boudicca left Southampton on January 20 on its ‘Cape Verde and the Canaries’ itinerary and called at Cadiz on Saturday before diverting to Tenerife.