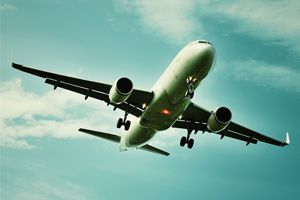 Political parties are being urged by 60 top business leaders to offer manifesto commitments pledging a quick decision on airport expansion.

The move, coordinated by pro-expansion group Let Britain Fly, has been published to coincide with the end of the Airports Commission’s public consultation on the three short-listed runway options at Heathrow and Gatwick.

Let Britain Fly director Gavin Hayes said: “On modernising our airports infrastructure the voice of business is clear – we want UK political leaders to commit in their manifestos to a quick decision on airports expansion.

“Such a pledge will be critical to parties seeking to win the trust and confidence of the business community at the forthcoming election.”

The statement from the business leaders says: “We are concerned that unless politicians act swiftly on airports expansion, the growing cost of deferring a strategy to deliver new runways, which is costing our economy billions in trade and investment, will only increase.

“This debate isn’t just about where we lay three thousand metres of concrete for a runway, it’s about how we secure our future economic prosperity.”

They add: “The fact is the UK trades 20 times more with countries with which we have a direct air link and 40% of our exports by value go by air.

“The need for additional runway capacity could not be more evident. Heathrow has been full for a decade, Gatwick will be full by 2020 and all of London’s main airports will be at near full capacity by the end of the 2020s without new runways.

“This is why we believe that ahead of the general election, political parties should publicly commit in their manifestos to ‘a quick decision on airports expansion guided by the commission’s final recommendations’.

“When it comes to airports expansion it’s time for less political conversation and more political action.”