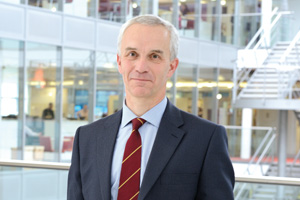 Cruise prices will never go back up to what they once were as cruise holidays become increasingly mainstream, according to the new chief executive of Carnival UK.

Speaking to Travel Weekly in his first major interview since his promotion four months ago, David Noyes said attempts to get prices back up to levels seen just a few years ago were futile.

“As cruising becomes more mainstream, it’s inevitable that customers are going to look for good value,” he said.

“We’ve always got to put a good-value proposition in front of them. A lot of what we’re seeing [with price] in cruising – and not just in the UK – as it becomes more mature and more mainstream is inevitable as people look for better value.”

Asked if discounting had been eradicated by the commission cuts instigated by his predecessor David Dingle, and if fares had started to edge up, Noyes said: “We can still charge a premium with brands like P&O Cruises and Cunard, but there’s a lot of competition, not just in cruise but in the holiday market generally.

“Overall, prices are on a par  with last year, but you never know until the end of the season how it will end up.”

Noyes, who joined Carnival  UK in 2011 as executive vice‑president of operations, and was previously chief executive of business travel management company Gray Dawes, said trading so far in 2015 had been strong and this year’s wave period had been designed to be the biggest yet.

“We’ve seen a significant increase in traffic to our website and callers into our contact centres, and our travel partners are reporting lots of people coming into their shops and ringing them,” said Noyes.

“This is all converting into bookings.”