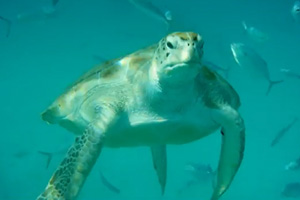 Princess Cruises is launching its first ever UK TV advertising campaign as it looks to drive bookings during the wave promotional period.

The cruise line has created three 30-second adverts which will run from today on a number of Sky channels.

All three ads include a call to action for customers to book through an agent, and Paul Ludlow, UK managing director, said he believed the adverts would help raise awareness of the brand.

Speaking at the Cruise.co.uk conference in Switzerland, Ludlow said: “The adverts will get people emotionally connected to Princess Cruises and our Come Back New tagline which is all about revitalising and reenergising on holiday.

“It’s a great time to differentiate our brand from other cruise lines and the ads really help achieve this because they show what sets Princess apart.

“There is a call to action and we actively encourage people to go and book a Princess Cruise with their local travel agent. We’re hoping this will mean more people go to their agent and already have an understand about what Princess is and already know our name.”

The campaign will run until February 20 and the ads will be aired on channels including Sky 1, Sky Atlantic, Sky Arts, Sky Movies and Sky Sports. It will also be shown on National Geographic and the History Channel, with Ludlow believing these two channels suit the profile of Princess Cruise’s customer.

Ludlow said he expected the line to run more TV advertising during different periods during the year.

Alex White, head of sales, said agents would have access to copies of the adverts so they can host them online or use them while attempting to seal the deal.

He said: “The adverts are a good tool for agents to explain what Princess is all about.”