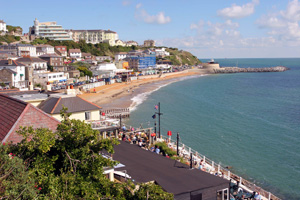 A second high-speed hovercraft route to the Isle of Wight is under consideration.

Cross-Solent operator Hovertravel is looking at the possibility of adding Sandown as a destination from Southsea this summer.

The plan is for four crossings to operate every Tuesday and Thursday between July 14 and August 27.

The company currently operates a route between Portsmouth and Ryde.

Hovertravel managing director Neil Chapman said: “We are always open to new ideas which might boost tourism to the Isle of Wight and we provisionally agreed the concept, subject to gaining the appropriate permissions.”

“We expect the journey to be about 25 minutes which will give passengers from Southsea up to five hours in Sandown.

“This service will also help passengers travelling from Sandown the opportunity to spend half-a-day in Portsmouth.

“The next steps are to be able to confirm all the details by the end of February with an official announcement in March, followed by some test trips in May and June.”