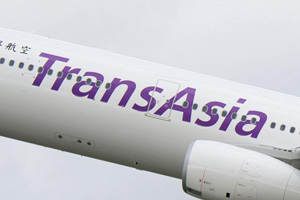 Taiwanese airline TransAsia Airways is cancelling 90 flights to enable its pilots to attend training after one of its aircraft crashed.

The ATR turboprop plunged into a river in the capital Taipei, killing at least 40 of the 58 people on board.

Officials are probing why both engines were off during the crash, the BBC reported.

Data suggests that the pilots, who are among the dead, may have shut one engine off after the other lost power.

“All 71 ATR pilots will take part in proficiency tests carried out by the CAA and third-party professionals for an estimated four days,” TransAsia Airways said.

The regulator has also ordered engine and fuel system checks on the remaining 22 ATRs in service on the island.

Five more bodies were retrieved from the Keelung River on Saturday, bringing the total toll to 40, the Taipei fire department said.

Divers and rescuers are scouring the river for three more people who remain missing. Fifteen others were rescued alive from the aircraft on Wednesday.