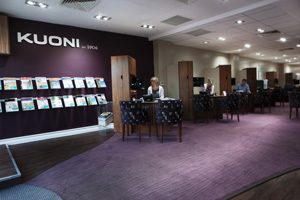 Kuoni UK hopes to have new owners by its 50th anniversary in September, with dnata believed to be among a handful of suitors.

Speaking at the launch of its annual trends report, managing director Derek Jones said the sale of Kuoni’s tour operations was progressing well.

He said: “I can confirm there is a lot of interest, as anticipated. September 1 is the day we officially celebrate 50 years in the UK and it would be great to celebrate that birthday with a new owner.”

The sale of the Swiss-owned Kuoni Travel Group’s tour operating interests, including its 35 branded shops and 10 John Lewis concessions in the UK, was announced last month.

It is not clear whether rumoured interest from dnata and several private-equity firms is for all the operations or whether they intend to cherry-pick parts.

Dubai-based dnata has shown a growing interest for UK tour operations, buying Gold Medal from Thomas Cook for £45 million in February 2014 and adding Travel 2 parent Stella Travel Services eight months later. At the time, it said it had “plans for extensive growth”.

The next store to open will be a purpose-built concession in the John Lewis store in Grand Central Birmingham shopping centre, while a couple more high-street locations are also being considered to open this year.

The operator’s latest trends report, based on January sales, highlights the Dominican Republic, Cuba, Mexico and Cambodia as its four fastest‑growing long-haul destinations for British travellers.

For the 10th year in a row, the Maldives is Kuoni’s best-selling destination with Thailand still second. But new in third place are combined sales for Dubai and Abu Dhabi. Rising destinations include Ethiopia and the Philippines.