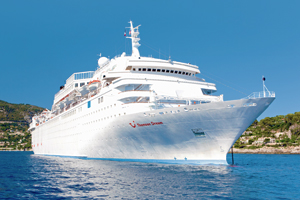 Tui plans to restructure Thomson Cruises and will reveal details in May as it sets its sights on “a leading position in the European cruise market”.

Joint chief executive Friedrich Joussen announced this week: “We will look at how to build a leading cruise company in Europe.”

He pledged: “We will be very big.”

“Of course, you don’t want ships on your balance sheet. The question is how we go from the Thomson model to the Tui model – Tui Cruises is more profitable.” Joussen promised: “You will see a new structure.” Details will be revealed when the group reports half-year results in mid-May.

Tui Cruises operates as a joint venture with Royal Caribbean Cruises, offering “a differentiated cruise format targeted at the German premium market”. It has five ships on order, due for delivery in 2019.

Hapag-Lloyd Cruises dedicates one ship each to the UK and German markets, and has a leading position in the German luxury and expedition-cruise sectors.