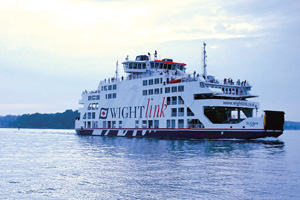 Isle of Wight ferry operator Wightlink Ferries has been sold for an undisclosed sum.

There will be no changes to staffing, pricing, routes or schedules as a result of the change of ownership, according to a company statement

BBIP partner Steven Lowry said: “Wightlink is a strong and stable company with the opportunity to grow and develop in the years to come.

“We are delighted to be the new owners of the largest cross-Solent ferry operator and are committed to investing in the business, and supporting the management team’s focus on safety and improving customer service.”

Kew added: “Wightlink has a strong and secure future with its new shareholders, which is good news for the company, our customers and our staff.

“We look forward to working with BBIP to grow the business in years to come.”

The company runs links from Portsmouth and Lymington to the island.

“The company carried record numbers in 2014 as more customers than ever chose Red Funnel over its rivals.

“This trend is set to continue with more sailings confirmed for 2015 to accommodate growth in both freight and private vehicle traffic.”