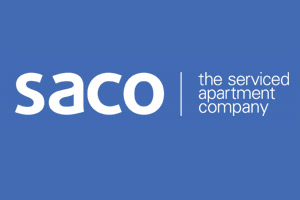 A new £60 million hospitality company has been created with the aim of becoming a leader in the serviced accommodation sector.

It comes through the merger of the serviced apartment platforms run by US-based Oaktree Capital Management and The Serviced Apartment Company (SACO).

The combined company, which will operate under the SACO name, will include both Oaktree and SACO’s existing serviced apartments, as well as a new Beyonder ApartHotel brand.

The first Beyonder ApartHotel serviced apartment concept is due to open in London in December, aimed at “millennial, global travellers.”

Each Beyonder ApartHotel unit will be a minimum of 30 square metres with four distinct areas – bedroom, bathroom, kitchen and living space. Tablet devices will control everything from the lighting to the television to the blinds. Free, high-speed Wi-Fi, telephone and films come as standard.

SACO founders, David and Lesley Freed, have re-invested in the combined company and plan to stay involved.

Lesley Freed said: “Oaktree is a highly respected investor with a long and successful track record investing throughout the UK and Europe.

“SACO is pleased to be partnering with Oaktree on this transaction, as we will benefit from both their expertise and capital commitment as we seek to expand our suite of products with the launch of Beyonder ApartHotels, and redefine serviced accommodation by offering our customers a range of options in key destinations across the globe.”

Hanton said: “This transaction marks the exciting next chapter of SACO’s growth and development. We have acquired and are developing a unique set of properties for our growing business traveller clientele, whose preferences include more space and better integration into the fabric of the cities in which they are temporarily working and living.”