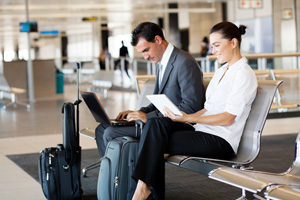 Tailored air fares are on the way

NDC systems are undergoing trials amid fears they will end the system of ‘anonymous shopping’ via global distribution systems (GDSs) and lead to higher fares.

Iata NDC corporate envoy Paul Tilstone told an audience of corporate travel buyers at the Business Travel Show in London: “The airlines are going to want to make personalised offers. They will get [passenger] information from profiling. You should be thinking about how travel profile data will be kept. The airlines will try to get access to your travellers in any way they can.”

Travelport head of global supplier strategy Ian Heywood agreed, saying: “There will be personalisation. It’s already happening with Ryanair and easyJet and it’s going to happen with the major [legacy] airlines.”

Heywood, a former head of consumer and agency sales at British Airways, argued: “This is the most significant thing to affect the travel industry in 40 years. Airlines will stop filing fares to GDSs and connect via an API the same as easyJet and Ryanair.

It means the airlines will deal direct with the customer. It will mean they manage every individual seat. They will dynamically price seats.”

Gary Hance, operational yield director at travel management company ATPI, warned: “There is nothing to stop a carrier increasing prices based on individual passengers.”

He pointed out: “When Iata first published its resolution [on NDC], there was stuff in about [passengers’] marital status and sex. It caused a furore and was taken out. The question is, do you want anonymous shopping or do you want personalisation and prices determined partly by the [passenger’s] background?

“Only a year ago, a major US carrier was in trouble for upping fares for its top-tier frequent flyers. The logic was ‘these top-tier flyers only go to our website’.”

Hance warned personalised fares would mean “pricing could be higher”.

He added: “Not all carriers will go down the NDC route, so it is going to be difficult to check offers by NDC carriers against non-NDC carriers.”

Iata NDC programme director Yanik Hoyles insisted: “NDC is a way to allow, via a travel agent, what airlines do on their website. Personalisation is only one little bit of NDC.”

Tilstone said: “It will depend on the airline. It’s going to vary carrier by carrier. NDC presents everyone in the supply chain with an opportunity to demonstrate their value to the buyer.”

Heywood said: “It’s going to be a lot easier to understand the ancillaries on a flight, so a lot easier for agents.”

Farelogix, one of the technology companies developing NDC systems, announced a partnership with web analytics firm Triometric last week, highlighting its “support for airline implementation of NDC”. It suggested this would help carriers by “increasing profit margins, gaining control of pricing in distribution channels [and] taking ownership of the customer relationship”.

Long-haul air fares will be higher this year than in 2014 despite the sharp decline in the price of oil since last summer, according to American Express.

Amex forecasts an average 2%-3% rise in long-haul business-class fares from the UK this year, although vice-president for consulting Caroline Strachan suggested economy long-haul fares should be broadly stable.

Speaking at the Business Travel Show, Strachan dismissed the idea that lower oil prices would feed through to fares, saying: “Airline fuel surcharges are being replaced by price increases, so fares stay the same. If the demand is there, prices will stay high.

“Business travel is back and so is consumer travel. All the airlines are saying: ‘Fuel surcharges may go, but prices aren’t coming down.’”

She suggested the increasing number of joint ventures between European and US carriers would lead to an increase in fares, “especially on transatlantic routes”.

Strachan said long-haul fares from the US would rise by up to 3% in business and economy, and she forecast increases across the Americas, with prices on US short‑haul routes likely to rise by 2%-5% this year in economy and 3%-6% in business class.

However, Amex forecast a fall in short-haul business-class fares across Europe as a result of lower demand and “tightening corporate budgets”. Strachan said the average economy short-haul fare from the UK could fall by up to 2% year on year.

She said Amex expects a levelling off in fare rises in Asia-Pacific, except in India where prices should continue to rise.

The Guild of Travel Management Companies (GTMC) has demanded the next government “swiftly adopt” the recommendations of the Airports Commission and expand high-speed links to Heathrow, but stopped short of identifying the airport as its preferred option for expansion.

The association’s manifesto for the general election called on the government to prioritise infrastructure investment and demanded “an immediate decision” on airport capacity in the southeast “with spades in the ground by 2020”.

The GTMC wants a “commitment” to financing the HS2 and HS3 rail lines and “enhanced domestic air connections to regional airports”. It released research among 1,000 corporate travellers suggesting 51% would fly more frequently following a reduction in APD and 85% support a high-speed rail link to Heathrow.

The ruling clarified the agency status and VAT liability of accommodation provider Medhotels under the Tour Operators’ Margin Scheme (Toms).

Chris Gibson, taxation director at Hogg Robinson Group, warned travel buyers and TMCs their contract terms should specify: “For the purposes of this agreement, the TMC is acting as an agent.”

He warned: “If you contract with the TMC as a supplier, the transaction will be subject to [Toms] VAT – and VAT recovery is not allowed under Toms.”

Gibson said: “The standard wording in service contracts risks VAT recovery. It says: ‘Nothing in the relationship creates a partnership or agency arrangement between the parties.’ This is at odds with what happens in practice, and the tax authority can argue Toms should apply.”