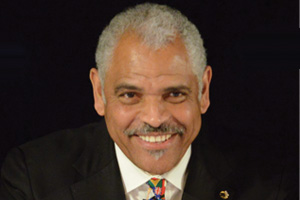 Carnival Corporation “would be silly” to chase the “small pool” of customers cruising with other brands and is instead focusing on enticing land-based holidaymakers.

This year has been dubbed the ‘Battle of Southampton’, with P&O Cruises’ new 3,600-capacity Britannia lining up against Royal Caribbean’s 4,180-passenger Anthem of the Seas, which launches in April.

But Carnival Corporation chief Arnold Donald said he regarded Anthem as “no competition” for Britannia because the lines had different target markets.

He said the two vessels would complement each other and help to attract new customers into cruise.

Donald conceded that it was understandable for people to think of 2015 as the Battle of Southampton, but said land-based holidays were Carnival Corporation’s competition.

“Carnival Corporation is far and away the biggest cruise brand in the world,” he said. “One in every two cruisers in the world cruises with one of our brands.

“For us to worry about our so-called competitors is silly because we are chasing a tiny group of people in a small pool of holidaymakers, when we should be focusing on those that currently take land-based holidays.”

Donald does not believe there should be a “fight for an agent’s attention”, because if an agent is doing their job correctly, they will know which customer is best suited to Britannia or Anthem.

“There shouldn’t be a fight for an agent’s attention, but maybe there is – and that would be wrong.

“If the travel professional is going to live out their role, then they need to get their customer on the right ship. And that is where we – and, hopefully, Royal is doing the same – need to make sure that’s happening.

“Frankly, if someone goes on Anthem and they don’t like it, it hurts cruising, and not just the individual brand.

“We don’t want someone on our brands who shouldn’t be there and doesn’t like it. I would suspect our so-called competitors would feel the same way.”

Donald said that it wasn’t out of the question that a customer could enjoy the experiences available through both companies, but it was an agent’s job to help ascertain their needs and wants.