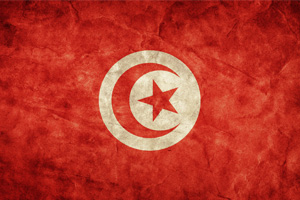 The number of Costa Cruises passengers killed in the Tunis terrorist atrocity has risen from three to five.

The Italian line revised the number of victims upwards and revealed that four Italians and one Russian had died in Wednesday’s attack.

A further seven Italian and one Russian passenger from the ship Costa Fascinosa are in hospital with injuries.

A total of 12 MSC Cruises passengers were among the 20 people killed, the line has confirmed.

Among the dead was British woman Sally Adey together with two Colombians, three French, three Japanese, two Spanish and one Belgian.

Thirteen of the line’s passengers were injured – one Belgian, seven French, four Japanese and one South African, of which two are in serious condition.

A Spanish couple, a pregnant woman and her partner who were on board MSC Splendida, escaped the massacre by hiding at the Bardo Museum.

The woman was immediately taken to hospital where she and the child are reported to be well, according to the cruise line.

He also met Tunisian tourism minister Salma Elloumi Rekik, who confirmed that a total of 20 people died in the attack, seven of whom have yet to be identified.

Both lines have cancelled future calls to Tunis but the World Travel and Tourism Council cautioned against a total withdrawal of travel to Tunisia.

Vago said: “Sadly, the murderous actions of the people behind this devastating attack will have far-reaching and profoundly damaging effects on democratic Tunisia and its faltering economy.

“Tunisia can little afford to be considered a no-go zone at this time, but regrettably that is how tourists will now see it.”

The targeting of tourists precludes the possibility of MSC Cruises calling in Tunisia for the “foreseeable future”, the line said.

Vago added: “Tunis is a key destination for MSC Cruises, and we hope to be able to restore it to itineraries in due course. But until we receive the necessary reassurances that the security situation has returned to normal, we have to take our guests to alternative Mediterranean destinations.”

WTTC president and chief executive David Scowsill described the targeting of tourists as a “heinous act calculated to cause maximum impact”.

“Travel and tourism contributes over 15% of the GDP of Tunisia and almost 14% of all jobs; so it is a vitally important part of the economy of the country.

“Tunisia needs the sector to recover quickly, as usually happens after events of this type.

“Our memories should never fade of those killed in events such as those in Tunis. But the greatest tribute we can give is for our sector to prove its resilience once again and for the tourists to return.”

All 3,148 passengers on board Costs Fascinosa have been given the opportunity to disembark the ship early on its arrival in Palma today.

“For those choosing this option, Costa will take care of their return to their home country,” president Neil Palomba said.

“All the entertainment activities have been suspended on board our fleet. Our immediate priority is the assistance to our passengers and crew affected by this tragic event, and ensuring their safe passage home.”

The Foreign and Commonwealth Office warned that further attacks in Tunisia are possible.

“The Ministry of the Interior had previously warned of a threat to attack industrial and tourist sites,” the FCO said.

“It has increased the level of security in the centre of Tunis. Be especially vigilant and follow the advice of Tunisian security authorities and your tour operator.”