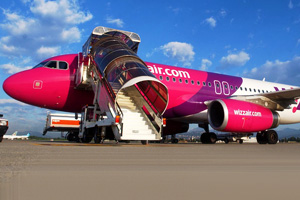 A new route to Budapest from Glasgow is being started by Wizz Air this summer.

The central and eastern European budget carrier is to operate flights from June 13 with fares leading in at £28.49 one-way.

The airline will deploy a 180-seat Airbus A320 on the route to the Hungarian capital on Tuesdays and Saturdays.

A service between Budapest and Bologna is also being opened in June.

A spokesman for the airline said: “Budapest is now accessible on our low fares from Glasgow and Bologna and we are confident that our UK and Italian passengers will appreciate visiting this buzzing central European capital that preserves many valuable monuments and places, offers great shopping opportunities and is renowned for its gastronomic delights.”