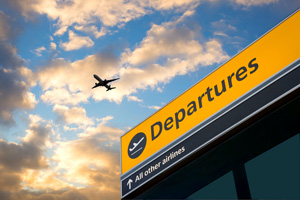 Heathrow has pledged to cut domestic passenger charges by a third as it bids to boost regional connections.

The charge for airlines flying from Heathrow would be reduced from £29.59 to £19.59 from January next year, under new proposals announced by the London hub airport.

The discount would be supported by increasing the total share of airport landing charges recovered through noise and emissions, adding further incentives for airlines to operate the quietest and cleanest aircraft from Heathrow, the airport said.

Environmental charges would go up from 21% to 28% of total airport charges under the plans.

The suggested changes are aimed at addressing a fall in domestic connections to Heathrow from 18 routes in 1990 to just seven now.

This follows a report by the airport-backed National Connectivity Taskforce which identified the need to make routes to regional airports more attractive to airlines.

Heathrow CEO John Holland-Kaye said: “We’re serious when we say Heathrow is committed to making sure that businesses across Britain can benefit from the connections to growth markets that only the UK’s hub can provide, whilst incentivising only the quietest and cleanest planes to operate from Heathrow.

“Our proposal to cut passenger charges by a third for domestic services will help us continue to drive the tourism, exports, inbound tourism and foreign direct investment that supports economic growth across the whole of the UK.”