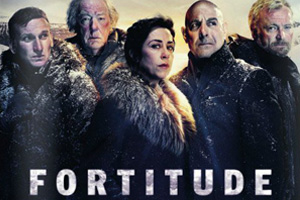 The popularity of psychological TV thriller ‘Fortitude’ is helping drive the sale of cruises to Arctic regions, according to Fred Olsen Cruise Lines.

The Sky Atlantic series, which concludes tonight (Thursday), is set in an unspecified area in the Norwegian territory of Svalbard but was filmed in Iceland.

The cruise line says Spitsbergen, Greenland and Iceland are among the top-selling itineraries for 2016 as a result of the show.

Sales and marketing director Nathan Philpot said: “There is an increasing trend amongst holidaymakers to want to visit the set of their favourite TV series and films.

“Fred Olsen’s range of Spitsbergen, Greenland and Iceland cruises in 2016 is proving particularly attractive to these ‘set-jetters’, as they are known, where they can visit the fictional settlement and filming location of their favourite TV programme, ‘Fortitude’.

“We have seen record-breaking sales in March this year, following the launch of our new 2016/17 itineraries, which feature cruises that take in unique and lesser-known destinations; a trip to these isolated locations is a truly breathtaking experience, for seasoned travellers, artists, photographers and wildlife enthusiasts alike.”

Ben Stiller’s hit film ‘The Secret Life of Walter Mitty’ also served to heighten interest in Iceland, were the country featured prominently, also acting as a stand-in for Greenland and Afghanistan.

Iceland also doubles as the fictional continent of Westeros in Sky Atlantic’s ‘Game of Thrones’.