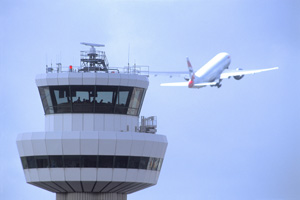 Gatwick saw passenger growth of 9.2% to almost three million as the airport achieved the busiest March in its 57-year history.

The figures mark the airport’s 25th consecutive month of growth but came with a warning over a capacity squeeze.

Gatwick chief executive Stewart Wingate said: “Our continued growth has limits, and we urge the new government to act swiftly after the election to unlock the capacity challenges for the southeast.

“Expanding Gatwick would promote competition in the airport sector and keep travel affordable at a time of economic recovery.

“The figures speak for themselves – we need to build a second runway in order to realise our potential and to maximise the nation’s connectivity to the rest of the world.

“Let us deliver against our promise to build a new runway sooner, at lower cost, and without the environmental obstacles that Heathrow would face.”

Gatwick now expects to handle more than 40 million passengers next year, which is more than a decade ahead of the 2013 predictions by the Department of Transportation.

Passenger growth is the result of more air traffic movements per hour and the use of larger aircraft.

European scheduled services increased 12.1% year-on-year with Barcelona the biggest growth destination and Geneva the biggest destination in terms of passenger numbers across the whole network, largely because of the ski season.

March also saw the launch of two new airlines from Gatwick with Iberia Express to Madrid and SmartWings to Prague.