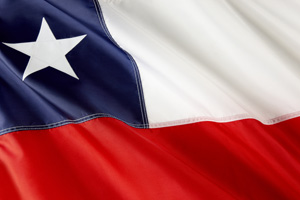 A 12-mile evacuation zone has been established after a volcano in southern Chile erupted for the first time in more than four decades.

About 1,500 people were moved from the area surrounding the Calbuco volcano in the south of the country as it sent a giant ash cloud several kilometres high.

The volcano is close to Puerto Montt, a gateway to the Patagonia region.

British travellers in Chile should follow advice from the country’s national emergency agency, ONEMI, the Foreign and Commonwealth Office said in an updated travel advisory.

“Chilean emergency services are currently responding to several natural disasters across the country,” the FCO said.

“Due to volcanic activity, the Chilean government has ordered a preventive evacuation of the area surrounding the Calbuco volcano in southern Chile.”

Water shortages and rationing are also likely in the Tarapaca and Atacama regions of northern Chile as a result of extensive damage caused by major flooding in recent weeks.

“You should follow instructions from local authorities regarding water rations and sanitary measures,” the FCO said.