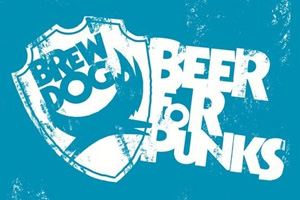 Bed and beer is being considered as a concept by a craft brewer in Scotland.

Brewdog plans to open a hotel near its brewery in Ellon, which it hopes will turn the spot into a tourist destination and help to further boost the local economy.

“We’re going to have draught Brewdog on tap in the bedrooms,” co-founder Martin Dickie told the Daily Telegraph.

“We would love to have somewhere for people who visit us to stay, as we’re quite out of the way up here.

“This is something we’ve been thinking about for a while.”

The company plans to build a 300-hectolitre brewery next to its original brewery to help it meet global demand. A distillery will also be installed on the site, creating craft spirits.

Around £7 million will be spent on opening between 15 and 20 Brewdog bars across the UK, doubling the size of the current portfolio.

The company is seeking to raise £25 million for the developments through a new crowdfunding project.

“We’ve been oversubscribed in the last three rounds so it’s time to go big or go home,” said Dickie.