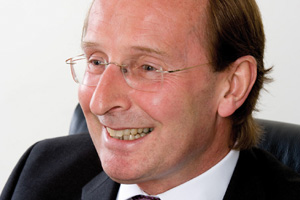 Lawyer Peter Stewart, who died suddenly last week at the age of 59, was among the most highly respected figures in the industry

A partner at Fieldfisher, Peter Stewart was central to many of the sector’s most high-profile legal cases.

He led Abta’s High Court challenge to the Civil Aviation Authority over the definition of a package holiday in 2006 and the association’s subsequent success at the Court of Appeal.

Stewart acted for Thomas Cook following the deaths from carbon monoxide poisoning of children Bobby and Christianne Shepherd in Corfu in 2006. And he took on the CAA in a successful defence of Travel Republic executives charged with breaching Atol regulations in 2009.

Stewart towered over the travel law fraternity, co-authoring the first book on holiday law, A Practical Guide to Package Holiday Laws and Contracts, in the 1990s.

Stewart was born in India in 1956 and went to school in Belfast. He studied law at Cambridge (Pembroke College) and at Chester College of Law, before moving to London and joining Field Fisher Waterhouse (then Field Fisher & Martineau) in 1980. He became a partner in 1985 and was head of the firm’s dispute resolution team for 10 years.

Stewart wrote regularly for legal and trade papers and the general press, and frequently spoke at conferences. He would have been at the Abta Travel Law Seminar the day he died, if not at the inquest into the Corfu deaths.

In the words of fellow lawyer Stephen Mason of Travlaw: “Peter could exploit points where the rest of us didn’t see points to be exploited.”

At Abta’s 2013 law seminar, Stewart suggested the CAA was abusing its powers by “trying to impose trust accounts”.

At the 2012 seminar, he argued that agents need not comply with the Flight-Plus regulations about to come into force.

It was Stewart who spotted that the original Flight-Plus regulations failed to exclude airlines from the scheme. In an article in Travel Law Quarterly in September 2011, he wrote: “The government can choose to ignore this, take the view that I’m wrong or amend the regulations.” An amendment was announced the following month.

In a typically tough-minded piece in the final issue of Travel Law Quarterly, Stewart warned that the new Package Travel Directive would remove much of the distinction between tour operators and agents, blaming dynamic packaging, which “has done more to confuse, bewilder and impose obligations than any legislation could have done”.

Amid the many tributes, Abta head of legal services Simon Bunce said: “To not have Peter around when so much change is coming is a real loss. We needed his intellect to help us through – and he relished the challenge.”

Fieldfisher partner Alexandra Underwood added: “There was never a dull moment with Peter. He was clever, demanding and fun. He loved what he did and encouraged all of us to enjoy our work.”

Stewart had a wry sense of humour and a fondness for good wine. He described Irish rugby as “a passion” and was a lifelong fan of the Rolling Stones. He lived in Sevenoaks with his wife Amanda, whom he met at Fieldfisher and married in 1985, and sons Alexander, William and Nicholas.