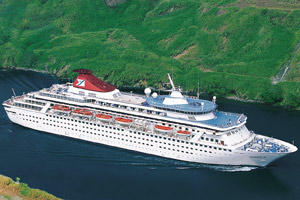 Compensation is reported to have been offered to passengers affected by norovirus on a Norwegian fjords cruise.

Dozens of people contacted a law firm after Fred Olsen Cruise Lines cut short by a day the cruise on the ship Balmoral from Southampton last month.

The company is offering to refund one day’s cost of the cruise including a refund for an all-inclusive drinks package, a voucher for up to half off a future Norwegian fjords cruise and any out of pocket expenses.

The cruise line told the Southern Daily Echo that the gastro-enteritis-type illness was “outside of its control”.

Norovirus was probably brought on board by a passenger “as they were physically sick in the afternoon of embarkation and then immediately placed in isolation within their cabin – this is despite pre-screening questionnaires and checks prior to boarding, in order to stop anyone who has had any signs of illness”.

The company added: “Unfortunately, we are also aware that, contrary to Fred Olsen Cruise Lines’ strict containment procedures on board, some guests did not report their symptoms to staff immediately, meaning that they could have spread the illness to others.

“Typically, physical symptoms do not become evident until at least 48 hours after contracting the virus, at which point the illness is incredibly contagious.

“Norovirus spreads by touching surfaces, as well as person-to-person contact, so it could easily have spread to other people at Southampton Cruise Terminal before they joined the ship.”

Fred Olsen said it was disappointed that passengers had their cruise curtailed and it was doing its best for them “even though this will carry significant cost” to the cruise line.

Law firm Irwin Mitchell told the newspaper that it is investigating the cause of the outbreak.