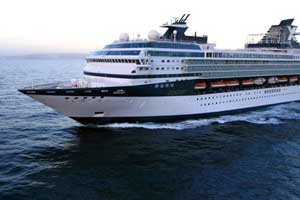 Celebrity Cruises has increased commission for key trade partners, with agents attributing the decision to a downturn in the cruise market.

The line is understood to have raised commission to 20% for key partners, with several agents confirming the arrangements and praising the line for its action.

Celebrity declined to confirm the news, but agents who have received the commission boost believe the strategy is to ensure they can maintain earnings despite falling prices.

The agents who spoke to Travel Weekly said the cruise market is struggling.

All asked to remain anonymous, but one said Celebrity deserved trade support, adding: “The third quarter is proving a struggle for the whole industry.

“Each line is doing whatever it has to do to get early bookings and this is Celebrity’s response.

I like that it is being proactive and putting its money where its mouth is.”
Another agent said: “Key partners are getting double commission on all 2015 cruises because Celebrity has reduced its prices quite substantially and agents’ earning potential has dropped dramatically.

“A lot of lines have dropped their prices, but Celebrity held its nerve the longest. Prices have dropped across the market, and with Celebrity, we’re now seeing prices such as £586 for a Mediterranean cruise in August.”

Other lines are offering similar “tactical incentives” to push bookings, with one agent attributing the promotions to “pockets of availability in quarter three”.

Nigel Lingard, a non-executive director at Reader Offers, described the reduced prices and commission rises as a “solution to a short-term issue” and said overcapacity would eventually smooth out.

A Celebrity spokesman said: “Our commercial terms are confidential.

“As is the norm in the industry, from time to time Celebrity operates tactical promotions to support trade partners.”