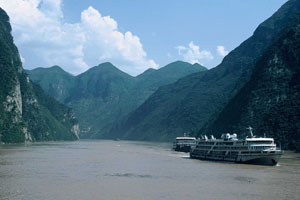 The river boat that capsized in the Yangtze river with more than 450 people on board was cited for safety violations two years ago, it is claimed today.

Authorities in Nanjing, where the Eastern Star began its voyage, held the ship and five other Yangtze cruise vessels for violating standards during a safety inspection campaign in 2013, according to a report on the city’s Maritime Safety website.

Among the dozens of violations among the vessels were practices such as failing to use the ship’s automated identification systems, the Associated Press reported.

The violations were not broken down by individual vessel, nor is it clear who owned the other boats.

The Eastern Star’s safety record and its owner, Chongqing Eastern Shipping Corporation, are expected to be investigated as part of the probe into why the ship capsized late on Monday.

Police have detained the ship’s captain and chief engineer, who were among the few survivors.

Rescuers today escalated efforts to retrieve missing people from the Eastern Star, which sits upside down in the middle stretch of the river.

They cut through the hull of the ship and pulled out 39 drowned passengers, bringing the death toll to 65. Only 14 people are known to have survived.

Operators of the flat-bottomed, multi-decked ships charge their mostly older Chinese passengers fares starting at around 1,000 yuan ($160) for three to five-day tours.

The Yangtze River Administration announced plans this spring to reinspect all ships operating through its waterways, to ensure they were water-worthy and stable.

That came after it reported 18 accidents between October and December, including eight collisions, three strandings, five boats sunk and two other accidents, that killed as many as 10 people, according to AP.