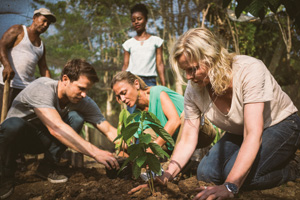 Fathom was launched last week and will offer seven-night ‘social impact’ cruises, from Miami to the Dominican Republic, allowing passengers to work on community projects in the Caribbean destination.

The line’s first sailing will be in April 2016. It will launch with one ship, Adonia, which will be transferred from the P&O Cruises fleet.

Tara Russell, president of Fathom, confirmed that UK agents would be able to make bookings from next week. Speaking to Travel Weekly, she said: “Initially we are targeting [customers from] North America, but from June 15 agents in the UK will have all the tools and resources they need to book people with Fathom.

“Bookings will have the same commission structure as Cunard and P&O Cruises.

“Our intention is to marry Fathom into the P&O Cruises commission structure as they are a very important partner with Fathom.”

Russell, who set up social enterprise Create Common Good and has been working on the Fathom project since 2013, said she expected interest from customers in the US, UK, northern Europe and Australia.

She believes Fathom’s fleet will grow to between four and six ships within 15 years.

“I would love us to have a ship homeport in Europe, Asia and Australia because that way we would be able to impact a lot of communities,” she said.

Cruise-only fares start at $1,540, with an unspecified proportion to be donated to local projects.

The brand is targeting people in their 20s and 30s, the family market, and those over 50. ❯ Letters, page 32