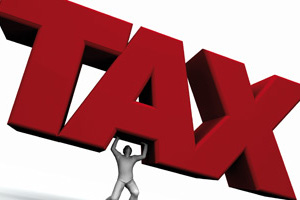 The cost of holidaying abroad has gone up substantially due to hikes in VAT, Air Passenger Duty and Insurance Premium Tax, according to research by the TaxPayers’ Alliance.

Overall, a family of four planning to visit Florida this year will pay an average tax bill of £384 for their flights and holiday purchases before they leave the airport, up from £198 seven years ago.

A couple with four children travelling to Spain will pay an average tax bill of £195.

Taxes will cost holidaymakers nearly £2.4 billion this year, an average of £62 per person, the study claims.

Jonathan Isaby, chief executive of the TaxPayers’ Alliance, told The Telegraph: “It’s wrong that a week in the sun comes with such a huge tax bill, as the taxman chases holidaymakers all the way to the departure gate.

“These taxes are not only too high but hit those on lower incomes the hardest, making it more difficult for hard-working people to get away for a well-deserved break during the summer holidays.”

Taxes on holidays have increased by more than £900 million since 2008 when the TaxPayers’ Alliance began compiling data.

Holidaymakers continue to be affected by the 2011 increase in VAT, when the rate rose from 17.5% to 20%, as it is levied on such holiday essentials as suntan lotion and, along with most other items of clothing, swimming costumes.

The top rate of Insurance Premium Tax, which applies to travel insurance, was increased to 20% at the same time.

One of the biggest factors has been increases in ADP, which is now the second highest in the world.