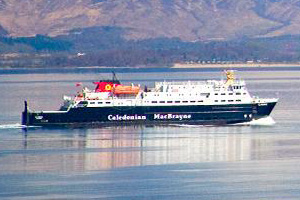 Three days of ferry disruption across the west coast of Scotland is expected as staff at Caledonian MacBrayne start industrial action today (Wednesday).

Crews are seeking reassurances about future jobs, pay and pensions as the company’s routes have been opened to competitive tender.

Talks to avert the action broke down on Monday.

Members of the RMT union will follow two days of work-to-rule with a full strike on Friday.

Almost half of the company’s 14,000-strong workforce are members of the RMT.

More than 90% of the members who voted in the ballot were in favour of an all-out strike.

Private company Serco is competing to operate the Clyde and Hebridean ferry routes, and the RMT want guarantees on terms and conditions, staffing levels and pensions.

Caledonian MacBrayne expects to run the majority of ferries over the next two days but it remains uncertain how it will cope with hundreds of staff walking out on Friday, the BBC reported.

The company has issued revised timetables but warned: “As the industrial relations situation evolves we may find that the timetables may come under further review.”

Passengers are being advised to think about whether they need to travel over the three days.

Anyone considering buying a ticket for travel during the period of industrial action should be aware of the risk of potential disruption, the firm added.