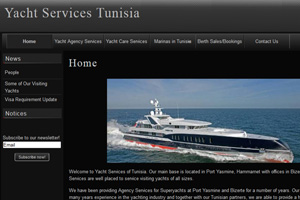 Superyacht owners, crew and charter companies are joining package holidaymakers in cancelling travel to Tunisia in the wake of last Friday’s terrorist attack.

Marine directory Yachting Pages reported that security has been stepped up as Tunisian businesses sought to provide reassurance in the face of numerous cancelled calls.

Kim Williams, from Yacht Services Tunisia, said: “The management and staff at Yacht Services Tunisia will continue to support yachting tourism by ‘riding out’ this horrific incident, the same way we did during the Tunisian revolution; by reassuring yachtsmen and their yachts that security has been greatly increased in Port Bizerte and Port Yasmine.

“The Tunisian people are deeply shocked and sickened by what has happened in their country and I want people to understand that the mentality of the attacker is not Tunisian.”

Imed Mzoughi, port director at Port Yasmine, added: “We have only had a 3% cancellation rate since the attack. However, we have had very little new reservations, or let’s say, we haven’t had any more at all.

“The government and the marina have enforced measures to protect the marina and surrounding areas in a bid to save the rest of the season.”

A meeting between Tunisian officials and EU ambassadors is likely to take place in the coming weeks, where it is expected a request for more intelligence-sharing and electronic monitoring equipment will be made.