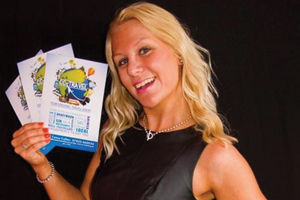 Cassy Cullen was one of the first agents to visit the new BH Mallorca hotel, formerly Mallorca Rocks, after its revamp and rebrand.

The hotel is famous for being a top party spot in Maguluf. Here she gives the lowdown on her experience

Q. How did you wangle a stay at the BH Mallorca hotel?
A. I won a competition to go in May, a week after it reopened after being renovated. I was over the moon, as I absolutely love Majorca – I used to work there as a holiday rep a long time ago. I had been to the hotel before to go to concerts and events, but I really wanted to see the transformation.

Q. What were your first impressions of the property?
A. It was unbelievable – really trendy; it felt more like Marbella than Magaluf, and had a completely different vibe to before. There was funky graffiti on the walls, complimentary Wi-Fi in the hotel rooms and cool DJs performing. The rooms actually sleep five people; there are two beds, two-bed settees and a pull-out bed. They are designed for groups.

Q. Was there a big wow factor?
A. The whole hotel is a big wow factor! As soon as you walk into the reception you see you are right in front of the water park – there are nine slides and they are only about seven metres away from the check-in desk! I couldn’t believe it.

Q. What other features does the hotel have?
A. When we were there they had some Las Vegas-style girls performing round the pool and in the middle of it was a contortionist floating. There was also someone with an airpack on his back, pulling a boat around! And they have pool parties and DJs, and from the middle of June until September they have live singers and bands.

Q. Did you give any feedback to the hotel on how you thought they could improve?
A. As agents, we are the pickiest people and I wanted to give the hotel feedback so I emailed them on my return. The main things I wanted them to take note of was that we weren’t told where the restaurant and bars were and the opening times, or how to find the rooms, which was hard as it’s a very big resort and we weren’t given a map. Also, there are restaurants outside the hotel included as part of the all-inclusive package but they didn’t tell us about them.

Q. How have you been marketing the hotel since your return?
A. As soon as I came back I put a deal on my Facebook page for the opening weekend for 2016. I am very active on Facebook and do a lot of ‘live chatting’ with clients. I have what I call ‘Dolly Deals’ which are real bargains. Around 60% of my business is from Facebook and my turnover is around £1.4 million a year. I have done lots of bookings for BH Mallorca, including a group of 28 and a group of 15.