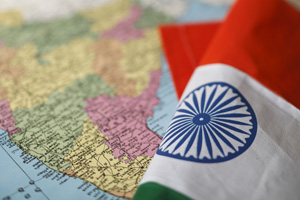 At least 24 people have been killed as two passenger trains derailed within minutes of each other in India.

The trains were crossing a partially flooded bridge near Harda in the Indian state of Madhya Pradesh and several coaches fell into a river.

Officials are saying at least 25 people are injured and 300 people have been rescued.

The trains were crossing a bridge over a rain-swollen Machak river, about 590 miles from India’s capital, Delhi.

“This unfortunate accident took place because of the flash floods on the tracks and the track caved in and resulted in the derailment of the last six coaches of the Kamayani Express,” railways spokesperson Anil Saksena told the BBC.

At least two coaches were partially submerged in the river and most passengers had been pulled to safety, he said.